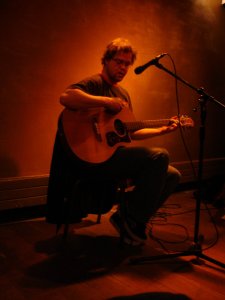 The City
Anne gave us Kabul. Charlie had seen it all before, a case of Déjà Vu. Giémo took us to meet La Ville Amante, à la fois proche et absente and introduced us to Denise, the richest SDF in Paris. Didier invoked Alfred de Mussy. Thérèse had lunch at the McDo de Bobigny (qui vous dit merci) and rescued a crab in destin de crabbe. Colin wasn’t there, he was in Seville. Bex begged to differ, arguing people are everything, it’s never the place. Donald headed off drunkenly to The Crimson City of the North. Conor gave him increasingly frantic misdirections – just drive through the hospital and up the traffic lights. Alex’ ghosts were on a countdown to death. Robert Teetsov sang and Chris Fowle was filled with foreboding. An anglicized Colin took the Last train to Barnsley. Marco Polo and Ghenghis Khan showed up, discoverer and collector of Italo Calvino’s Invisible Cities. Erica sang form the point of view of Achilles, all dipped in glory except for the heel. Alexa left on the underground train, observing that the metroline you take is obviously the one that is going to fuck up most. Charlie got up shot. Ben Slatky did Shaunessey’s Over the Moon. Conor threw canibal ink into the night sky. And I slowly turned 37.
Lots more people did stuff, too numerous to mention. And there were so many people they were backed up the stairs in the first half.