Posted on December 20, 2015 by albertorigettini 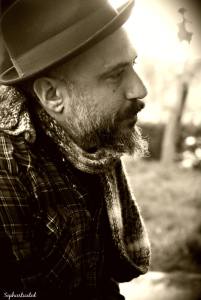 December 21st at SpokenWord, the theme is Winter and our guest poet: Youssef Alaoui-Fdili. Moroccan-Latino, born in California, his family and heritage are an endless source of inspiration for his varied, dark, spiritual and carnal writings. He has an MFA in Poetics from New College of California. There, he studied Classical Arabic, Spanish Baroque and Contemporary Moroccan poetry. He is also well versed in the most dour and macabre literature of the 19th Century. His poems have appeared in Exquisite Corpse, 580 Split, Cherry Bleeds, Carcinogenic Poetry, Red Fez, Big Bridge, Dusie Press, and nominated for a Pushcart at Full of Crow. Youssef is an original creator of the East Bay literary arts festival “Beast Crawl.”