Yann Rousselot to guest this Monday

This week on SpokenWord… (theme: Electronic Vices and Devices)

Yann Rousselot is a translator, writer, and poet. He grew up in airport lounges and diplomatic enclaves in the company of his brothers, his sister, and countless cheap suitcases, raised across the globe by humanitarian parents. Graduate of the Sorbonne (Language & Literature) and the University of London Institute in Paris (Translation), he is a regular spoken word performer at Au Chat Noir, Culture Rapide, and le Bordel de la Poésie. His work has been featured in Paris Lit Up Magazine, The Bastille magazine, AUP’s Paris/Atlantic Magazine, Thought Catalog, Canopic Jar, Gard Poetry Journal (Turkish), and the Belleville Park Pages. His first collection of poetry, Dawn of the Algorithm, was published by Inkshares in 2015. 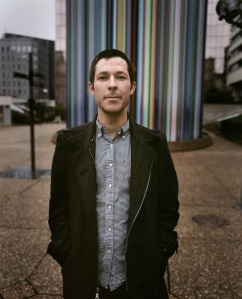