A double feature this Monday at SpokenWord. As well as the great spoken word poet Bonafide Rojas, we are happy to welcome James Baldwin’s niece and nephew to SpokenWord on 8th April, where they will read from Baldwin’s ‘Little Man, Little Man’, written by Baldwin for Tejan when he was little. A big thanks to Camille Rich of The Link for arranging this!

Here’s some words about the book from Baldwin himself. 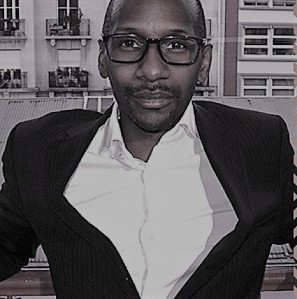 Tejan Karefa is a writer, photographer and media artist living and working in Paris since 2008, while making jumps from Washington D.C. He has captured street images in D.C., Paris, New York City, Bahia, Brazil and Southern Morocco. Some of these photos appeared in his debut photo exhibit entitled ‘Frontieres’. Tejan has traversed the Paris HIPHOP and Jazz performance scene as a guest vocalist with Paris-based artists and bands including David Linx, Ben L’Oncle Soul, Panam Panic, JDQ (Julien Daian Quintet) and the Urban Groove Unit. Tejan’s foreword opens the newly re-released ‘Little Man, Little Man’ by James Baldwin, originally published in 1977. He has participated on panel discussions and readings in New York and Paris to give voice to the “book of code” he cherished as a childhood gift from ‘Uncle Jimmy’.

Aisha Karefa-Smart is an author, educator and public speaker. Her childhood home in New York City was a congregation space for African-American writers, artists and musicians. Her uncle, the late James Baldwin, often returned home from the South of France to New York where he hosted all night “jam sessions” with literary greats such as Amiri Baraka, Maya Angelou and Toni Morrison. Influenced by her exposure to such artistic, and cultural, and political discourse, she chose to study and perform as a member of Dr. Glory Van Scott’s Children’s Theater, The Harlem Theater Company and The Falcons Dance Troupe in Sierra Leone, West Africa. Aisha has presented and facilitated panel discussions examining the work of her late uncle and his re-emergence into the nation’s political and racial discourse.

Thanks to The Red Wheelbarrow bookshop who are bringing copies of ‘Little Man, Little Man’ to sell at the event.