Posted on May 12, 2020 by Antonia Alexandra Klimenko 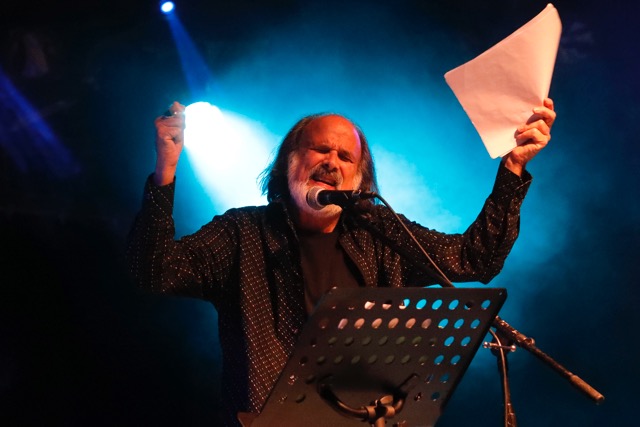 Michael Rothenberg is co-founder of the non-profit 100 Thousand Poets for Change (www.100tpc.org), a 501(c)3, and the “Read A Poem To A Child” initiative. He is also co-founder of Poets In Need, a non-profit 501(c)3, assisting poets in crisis. His books of poetry include Unhurried Vision (University of New Mexico Press),  Man/Woman (a collaboration with Joanne Kyger), The Paris Journals (Fish Drum Inc.), Murder (Paper Press), and Sapodilla (Editions du Cygne-Swan World, Paris, France, 2016). Drawing The Shade was published in 2016 by Dos Madres Press, and Wake Up and Dream was published in 2017 by MadHat Press. His book Indefinite Detention: A Dog Story, was published in 2013 by Ekstasis Editions (Victoria, B.C., Canada),  in a Spanish/English edition by Varasek Ediciones, Madrid, Spain in 2017, and most recently in an Arabic edition translated by El Habib Louai and published in Cairo, Egypt by Arwiqa Publishers in 2020.  His editorial work includes several volumes in the Penguin Books Poets series: Overtime by Philip Whalen, As Ever by Joanne Kyger, David’s Copy by David Meltzer, and Way More West by Ed Dorn. He is also editor of The Collected Poems of Philip Whalen published by Wesleyan University Press. Rothenberg currently lives on in Tallahassee, Florida where he is Florida State University Libraries Poet in Residence.

An online Spoken Word for these strange times.
Thanks to a Zoom room provided by The University of the 3rd Horizon.