Report from May 6: Danger!

Posted on May 9, 2013 by albertorigettini 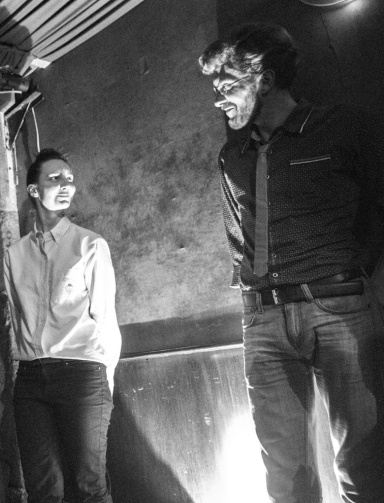 “He can’t have blueberries muffins without celebrating.”

Yann is swimming among smiling sharks.

Gus is the King of Laughs. 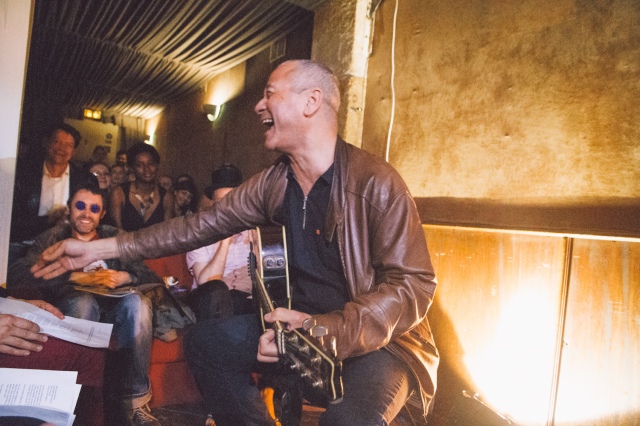 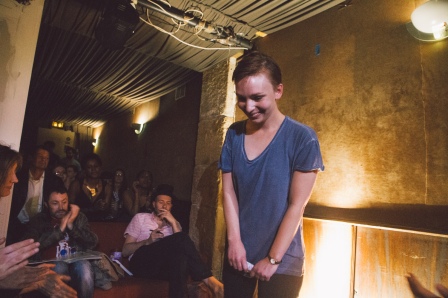 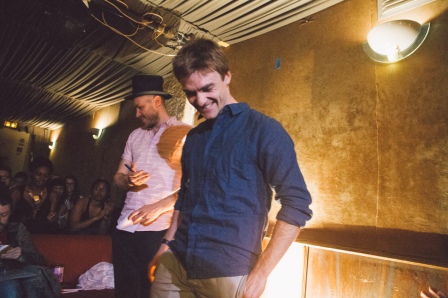 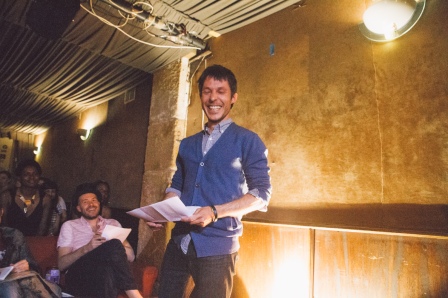 Laughs. Also Blue is in fashion this year.

La Clameur (First Photo) David Barnum: “Living safely is dangerous”. James using a convenient store as TV. Rachelle and this new generation of witches, singing La Sorciére. Bill: “Danger, I’m from New Jersey, I don’t care.” Max at the piano: “I’m titanium”. Gabriel’s outing: “I was a cop. Covered in syrup. (Maple Syrup presumably)”. Alberto dangerous tea bag flying from the 14th floor. Melinda’s on the theme: First time singing in public a song she wrote for her husband called Moments of Our Life and her husband is in the audience. David Sirois with fiery blows of kindness. Ferdinand’s English Lesson number 5: 5 dangerous things to do. Then the names were written into paper scrapes, fell inside the top hat and destiny ruled. Lauren: “Your image still pulses in the dark.” Lucie’s time to speak of the dangers of Decadence. Alex’s birthday: “Rooms are divided by the devices we carry.” Evan’s divine brushstroke. Sam controversial agism. Bruce’s urin. Will’s counting money as a casino counter. Jennifer’s bragging. She’s very proud for having written a Pushkinish Sonnet, but “It’s so unnatural to look at yourself”. And the top hat is empty. (No brain into it). Next Monday’s theme, for some reason I forgot, will be “Givin Birth.” Maybe because in ancient Greek Poetry (Póiesis) means Creation…. 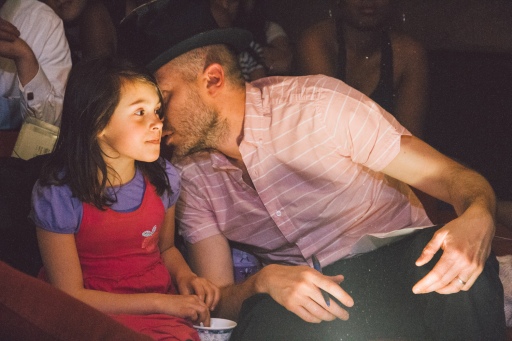 Damn paparazzi they got me!