Posted on January 31, 2016 by albertorigettini 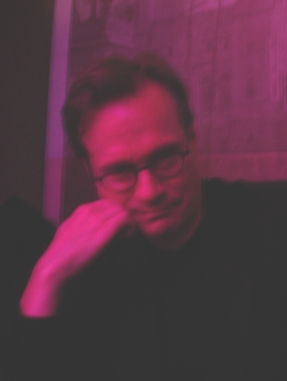 David Jaggard is an American-born-Paris-based composer, humorist and translator. Guess which of those three activities pays the bills. Between paying bills and yelling at Republicans on TV as though they can hear him, he writes a biweekly humor column called “C’est Ironique” (in English) on paris-update.com. His satire pieces have appeared in Sabor Magazine, on the websites The Big Jewel, McSweeney’s Internet Tendency and Yankee Pot Roast, and, in the sincerest form of flattery, been copied without credit or authorization on other sites too numerous and scumbaggy to mention. James Joyce is quoted in one source as saying, “Reading David Jaggard changed my life. Not much, and for the worse, but changed.” On a totally unrelated note, an album of David’s comic and spoken word compositions will be released on iTunes, Spotify, etc., in mid-February 2016 under the title “Totally Unrelated.”