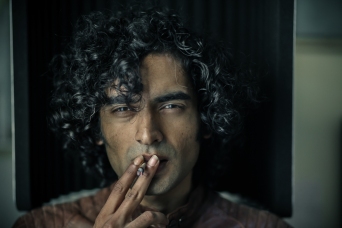 Darshana, after six years of playing rock music at many venues & festivals in Paris (such as Gala Polytechnique, La Loco, Scène Bastille, & Festival Rock’n’Solex) as the singer and guitarist of the Four Black Taxis, started a new solo career with a completely new energy and repertoire. He is essentially a musician of protest songs in folk music, & has been coached by the music editor of Eddy Mitchell for 4 years. Notable interviews include Fault Mag (http://fault-magazine.com/2011/03/darshana-congreve//http://fault-magazine.com/2011/07/darshana/) & the world-renowned INSTITUTE Mag (https://institutemag.com/2012/05/29/darshana-congreve-2/). A new CD is coming, with the engineer & musicians of Louis Lumière. (Darshana’s SoundCloud: https://soundcloud.com/darshana).