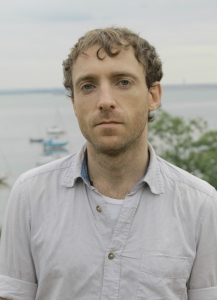 Chris Burke is an English writer and journalist, whose debut poetry collection ‘The Noise of Everything at Once’ was published by Happy House Books in January. His work has appeared in publications including Antiphon, the French Literary Review, Snakeskin, Prole, the Richmond Review and Monkey Kettle, and three of his poems were longlisted for the 2014 UK National Poetry Competition. Born in London and raised in Essex, he has also written and consulted on screenplays for film and television.