Posted on May 3, 2017 by Antonia Alexandra Klimenko 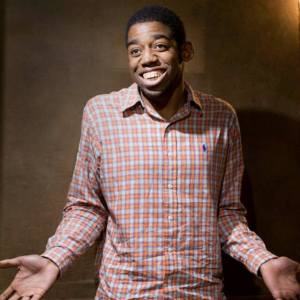 Fred Eyangoh was born in Cameroon. 19 years later, in 2010, after he received a bachelor in management, he moved to France and joined the business school HEC Paris. While on campus, he joined the school’s Glee Club, the improv group and was an actor/singer in the school’s musical. A few months after he obtained his Master’s degree, he started stand-up comedy at the Chat Noir. In 2015, he started with two other comics the open mic night called the Unfiltered Comedy Hour, and today he hosts the Comedy Square, which is the showcase English-speaking comedy show at the Paname Comedy Club, every Tuesday at 9:15pm