Remember, remember the 5th of November… 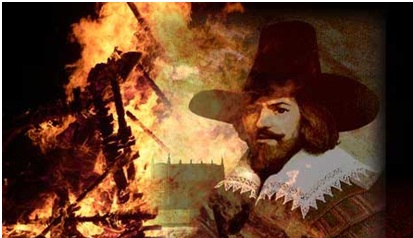 SpokenWord falls on November 5th this year… variously known as Bonfire Night, Guy Fawkes Night or further back it was Gunpowder Treason Day. It celebrated the foiling of the Gunpowder Plot in 1605 in which Guy Fawkes and his conspirators almost succeeding in blowing up the Houses of Parliament and killing King James I.

Guy Fawkes – Catholic terrorist or the only man to enter parliament with honest intentions? In recent years, notably with the graphic novel and film V for Vendetta that popularised the Guy Fawkes mask, he has been celebrated by anarchists as a symbol of resistance to the fascist tendancies of the state.

Traditionally in Britain effigies of Guy Fawkes are burnt on bonfires and fireworks let off. Effigies of other hated figures, or even things, have also long been thrown on to the fire.

So this SpokenWord why not bring something to be symbolically destroyed?

Or a poem or spoken word piece or song on the theme of Conspiracy/Guy Fawkes/Bonfires.